In the Fall of 2009 New York University’s Institute for the Study of the Ancient World had a show of relics made during the Prehistoric Copper Age.  These objects were produced before cities, writing, or the invention of the wheel.  I had read about this exhibition in the New York Times prior to the opening and subsequently ordered the catalog.  In it were images of ceramic representations of the female figure made at the beginning of the fifth millennium BC in a village of what is now northeastern Romania.  The largest of these figures is 8.6 centimeters tall.  This set of figurines has been interpreted as a cult complex and an English language interpretation calls it “The Council of the Goddess.”  The discovery of these diminutive models has inspired heated debate as to the role women established for themselves in society at that time.  Men seemed to take care of the business of tribal relations and trade, while the ceremonies represented by the clay figures seem to have emphasized the dominant role of women inside the house, and perhaps were associated with the veneration of maternal ancestors.

I am presenting these pieces as artifacts in an array representing a ceremonial moment not as the actual human participants. I think of it as it might have been represented as a bas-relief carved in stone much later in history; as if having been pulled from the wall or column igniting the process of decay. 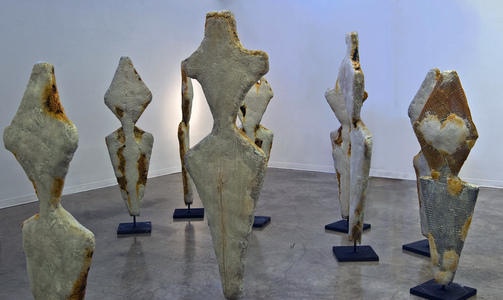 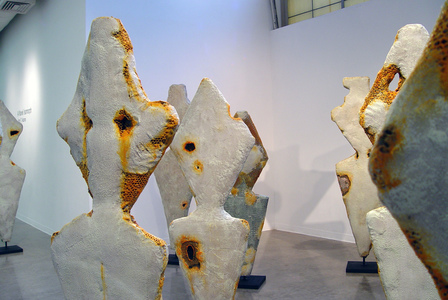 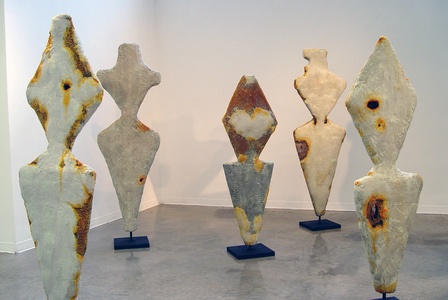 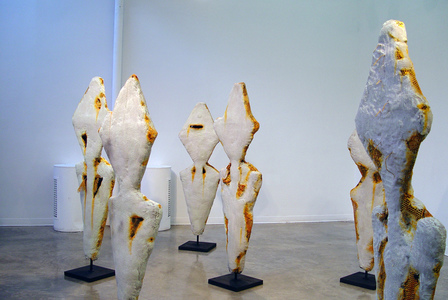 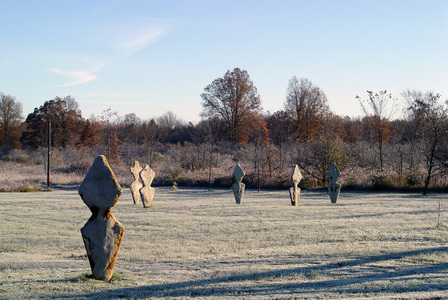